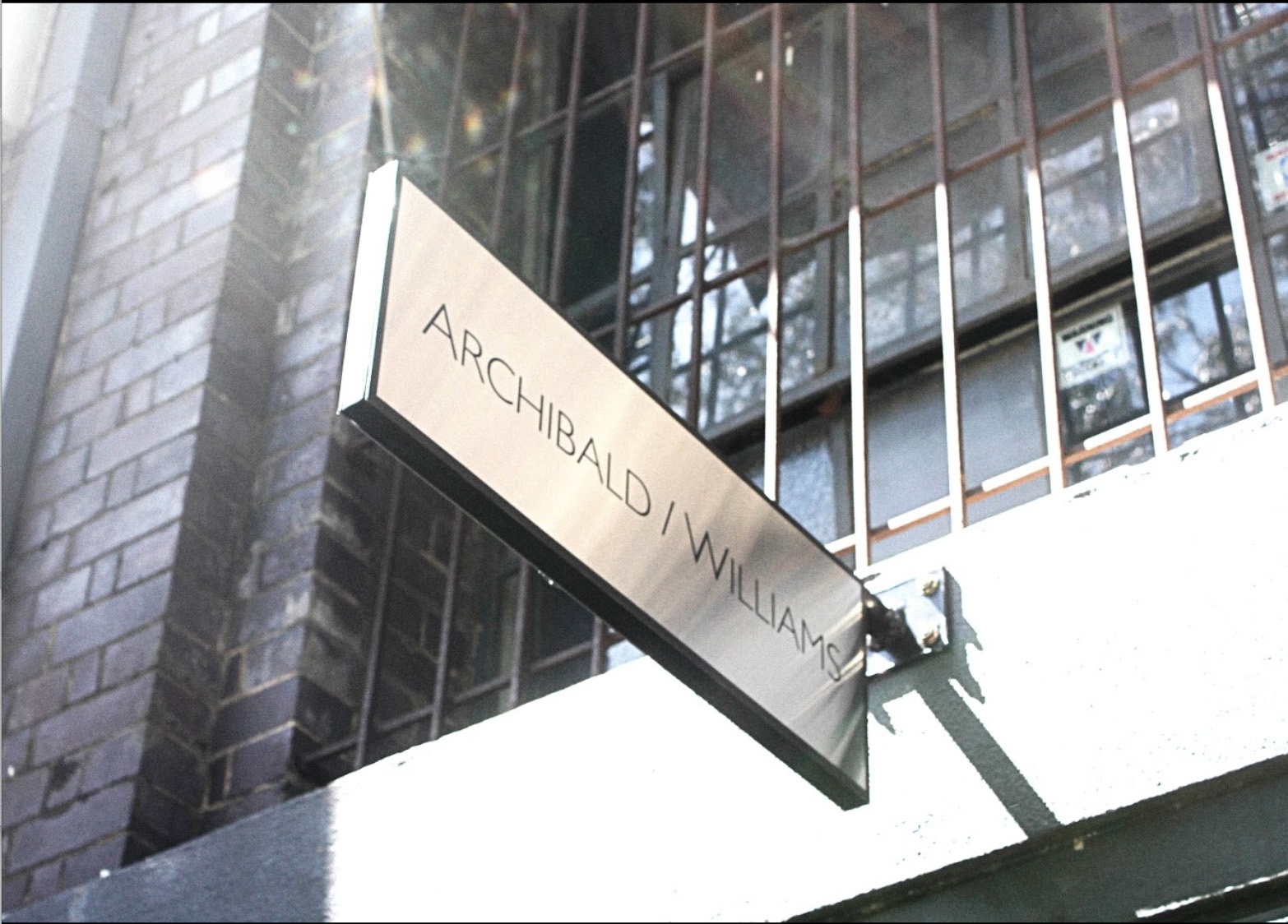 I recently sat down for a coffee with Jo Giles, the Production Manager at Archibald / Williams. Archibald / Williams is a creative ad agency that was using traditional tools to manage its approval workflow and resources. Jo was handed the job of facilitating the process of selecting and implementing agency project management software to improve the agency’s operations. In search for the right solution, Jo discovered admation.

We had a chat about what it was like before and after the implementation of admation.

Prior to implementing admation
Jo says that previously the agency used a system of manual job bags to manage its creative projects. This meant that everything, including the approval workflow, was completely paper based. Feedback consisted of handwritten mark ups which the client scanned in and sent via email. Looking back, Jo isn’t surprised that information went missing.

To plan and schedule the agency’s resources, Jo says she used Google Docs and was the only person who had access to it. Subsequently, no one else in the agency had visibility over the creative team’s workload. She laughs now thinking about how much of information she also carried around in her head.

Jo says that the implementation of approval workflow software was instigated by one of Archibald / William’s clients who required greater visibility over how the agency was managing its approval workflow.

Selecting the right approval workflow software
Even before Jo got started on her research for approval management software, she says she made a list of requirements that the software needed to meet. What she did next is a really important step in selecting the right software. Jo invited all departments and stakeholders to provide input and feedback on what they wanted. For example, Creative was interested in having a digital asset management (DAM) feature, while Account Management wanted a solution that provided easy access to briefs and the ability to share project documents with clients. Jo also ascertained they needed an online approval system with mark up capabilities and resource management to complete the requirements.

“(We wanted) to get rid of job bags, be less paper based and be able to share things with clients. Additionally, we wanted an online approval system and online mark ups. Secondary, if we could get a resource management system then that’d be great.”

After researching the market place for approval workflow software, Jo compiled a list of 25 vendors and solutions that could potentially meet the agency’s requirements. She asked the vendors she’d shortlisted to provide a presentation of their software and, based on this, the number was narrowed down to 12.

Next Jo says she had to make sure that the software they implemented was cost effective, so she invited the Finance Director in to review the costings. The number of vendors was then narrowed down to 6 and each system was reviewed again.

Jo says that, ultimately, admation was selected because it was the only software that checked off the agency’s requirements.

Implementing admation
Jo says they rolled admation out to one client first to test its features. Training was provided for everyone who would be using the software and Jo individually assisted those who required further guidance on the system. Eventually they drew a line in the sand and said on a certain day, the agency would stop using physical job bags. Jo was amazed that it only took six weeks for admation to be used across the entire agency.

Jo had some reservations, that by implementing admation would the agency have to change some of it processes? Instead, she was stoked to discover that admation streamlined their processes.

“We thought we’d have a mammoth task of redesigning our workflow but admation slotted in really well. It was really fast. In fact, we cut some things out as it’s all available on one screen now.” 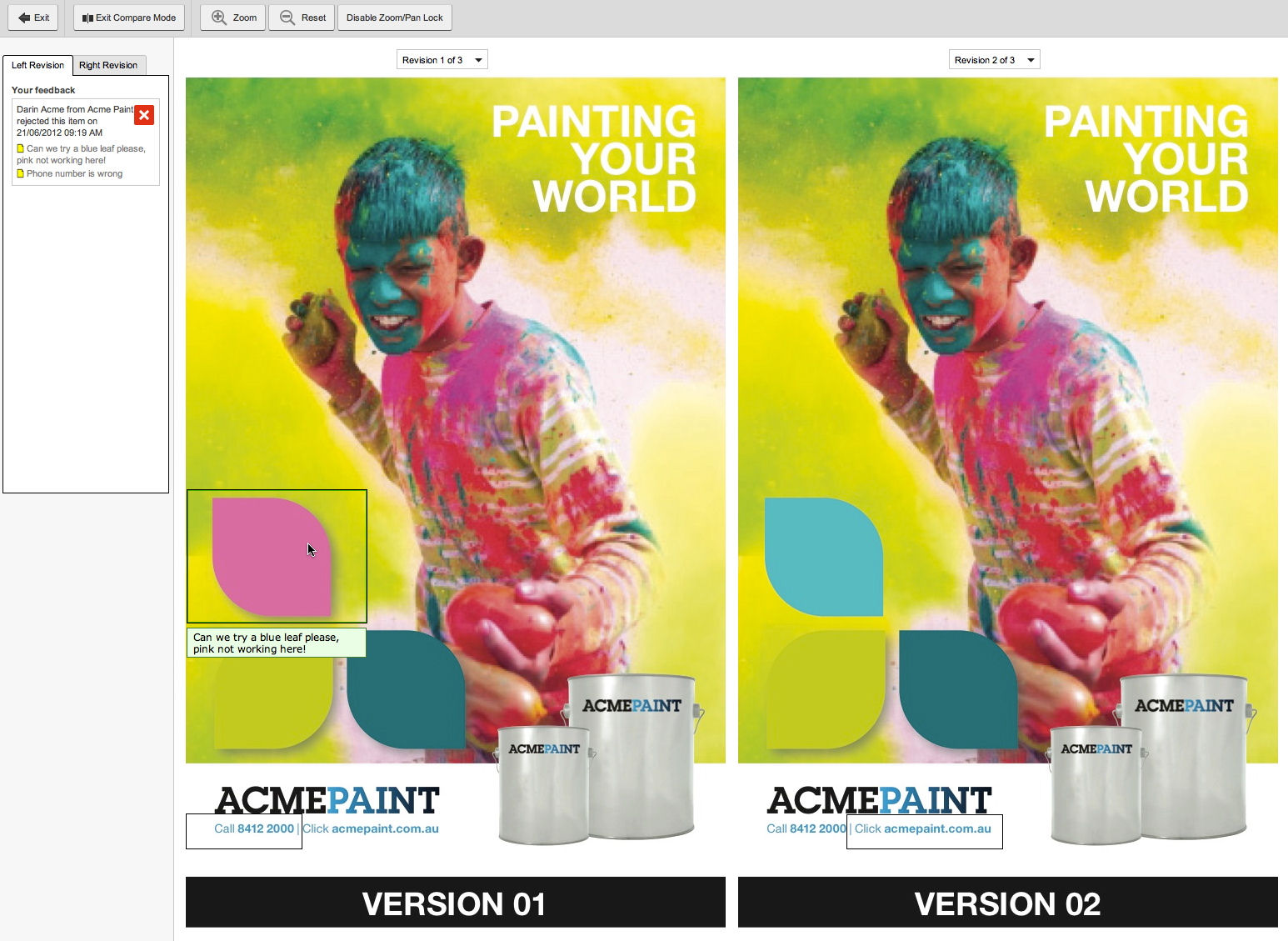 Jo says that everyone loves the compare revision tool as well as the online approval system and reporting tools.

“The thing that we really love is the comparing version (tool). The approval system is amazing. Clients love it because they can compare versions. Studio love it because it’s all there, they can see it and run a report.”

Benefits of admation
Jo says that the agency has seen many benefits from implementing admation. In terms of approval workflow, everyone now has greater visibility over the creative work and resources. Clients and Account Management love the easy sharing capabilities. Jo also found that admation not only significantly decreased artwork revisions but highlighted where the issues were so that these could be remedied almost immediately. Over time, admation has enabled Archibald / Williams to better manage its workloads for an increasing number of staff.

“It’s an end-to-end solution designed to make your life easier so you can communicate more effectively.”

The last word
Jo was a really great champion for getting behind admation and making sure that everyone was comfortable with using the system. She believes that for the implementation of any software to be successful, at least one person has to get behind the solution and champion it.

At the end of the day, though, Jo believes it’s a team effort for this kind of thing to work.

“It’s never just about you. It’s about a team.”

Keen to learn more about admation key features?  Download our Admation at a Glance Guide for a quick overview.

We use cookies to ensure that we give you the best experience on our website. If you continue to use this site we will assume that you are happy with it.Accept